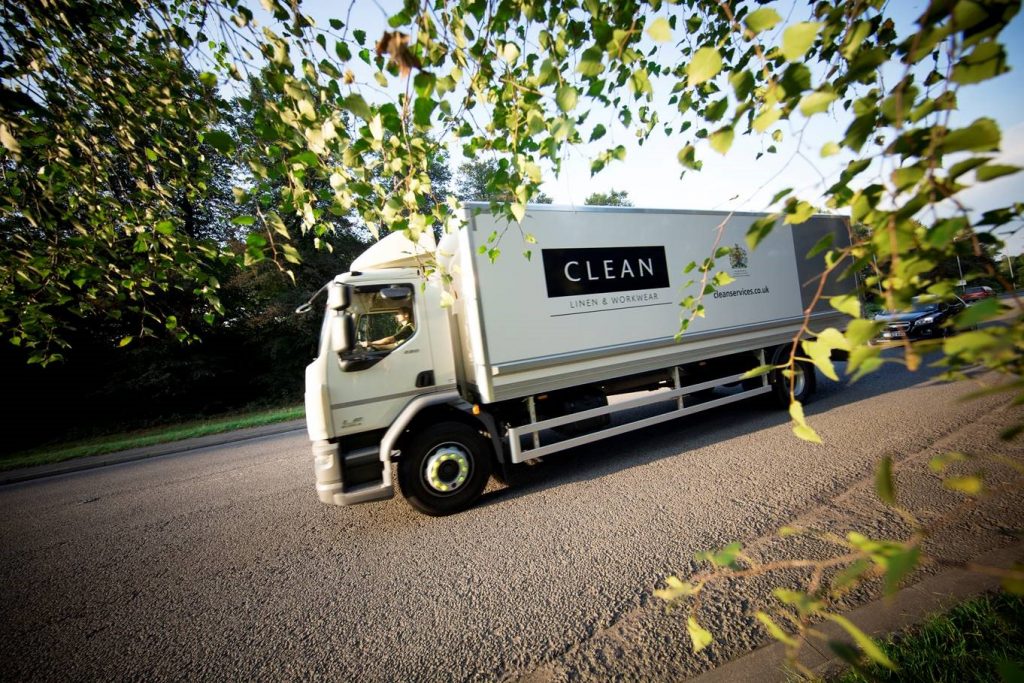 Based in Maidenhead, Berkshire, with 145 vehicles servicing 10 laundries across the southern half of England, CLEAN is one of the country’s leading linen and workwear providers. Delivering to over 5,500 customers across the UK each day, washing 130,000 garments a week yet still providing a personalised service is no mean feat, so when Group Transport Manager Peter Cox needed to upgrade the company’s existing compliance and tachograph analysis software back in 2013, he turned to TruTac’s TruControl.

“Although we already had software in place, it was not suited to the needs of a rapidly growing business like CLEAN, so I decided to switch to TruTac as I’d used it in a previous role and liked working with it” Peter explains. “I particularly like TruControl because it’s really simple and easy to use with only a short period of online training, and the reports it generates are much more relevant to our day to day systems of work than other providers.”

TruControl is cloud-based, and the web portal and dashboard within it are particularly well-suited to how the CLEAN fleet is managed. “As well as being able to look up all the information I need directly, I can also drill down on our laundry site locations, and toggle between them too” he continues.

Peter also regularly moves vehicles between sites to cope with peaks in demand and TruControl easily keeps track while keeping an eye on legal obligations and monitoring drivers. “I can check on vehicle utilisation via TruControl and look up the drivers with the best and worst infringement records at the various sites. Plus, there are widgets for things like the weather forecast as well.”

One of the most important tasks is debriefing drivers when they have completed their deliveries and collections. “The TruTac system is instantaneous, so I can look up a driver who’s just completed their route and instantly download data to check for any infringements.” Peter says. “That means we can debrief drivers straight away.”

Also, because all data is stored on the system – even after a vehicle has left the fleet – all records of any individual actions taken are recorded and easily retrieved. “And because the software is cloud-based, everything is backed up on TruTac’s server too” he adds.

All in all, Peter is satisfied he’s made the right choice and he says that, as a bonus, switching to TruControl saved CLEAN money too. “TruTac gave us a cracking deal. They’re competitively priced and reliable as well. In fact, we’ve never had an outage yet!”