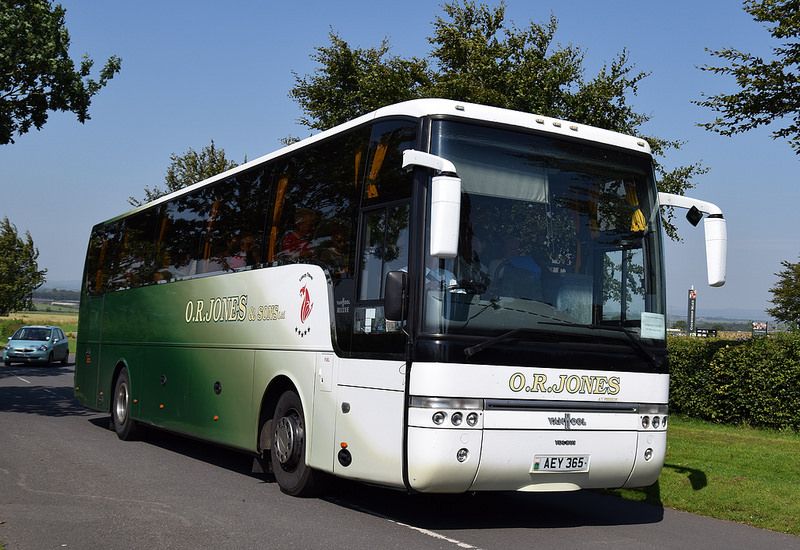 Based near Holyhead, Anglesey, the company was established in 1936 and is one of North Wales’s oldest coach specialists. It has a fleet of 30 vehicles – around a third of which are minibuses and the remainder multi-seater coaches – and undertakes tours, local bus services, school runs and private hire, among other services. It is also accredited by the Confederation of Passenger Transport (CPT).

O.R. Jones has been a TruTac customer since 2017 and uses the CPT Tacho Analysis, CPT Fleet Management and CPT Daily Checks systems across its three depots. The CPT Daily Checks software is its most recent addition and was, in part, a way for the company to ditch physical documents when the pandemic set in.

“During lockdown, I looked into doing the checks digitally. It seemed like a good idea, both operationally and because it meant we could go paperless,” explains PSV technician Martyn Owens.

“From there, we decided to do the vehicles’ Preventative Maintenance Inspection (PMI) checks digitally. Before that, we had to fill in a form, scan it and send it on, but TruTac and CPT introduced a new system that allowed us to do the full PMI check on a smartphone. It’s very good software; any updates from the DVSA are automatically added, so you don’t need to worry about them.”

In addition to the biosecurity benefits, going paperless has simply speeded up O.R. Jones’s approach to vehicle checks and improved its record-keeping. Transport managers at each of its sites have instant access to vehicle status and the age-old headaches with physical documents just do not exist.

“If there were a defect on, say, a coach parked in our depot in Holyhead, previously there would have been a book and the driver would have logged the checks in there – but I might not see that for two days,” says Martyn. “Now, the drivers do their checks on their smartphone and I can see the results straightaway via the software, regardless of where they are.”

“It’s the safety aspect, the speed and keeping records for the DVSA that really help. In the old days, if the book had run out and someone was stuck in York on a tour on a Friday, it was a real problem – but now, the drivers just do it on their phone. I can instantly see when they’ve done it and if there are any defects. Personally, I think it’s the way forward.”

The company is on the way to applying for DVSA Earned Recognition status and TruTac’s software has helped it achieve its current completely green Operators Compliance Risk Score (OCRS). OCRS is the DVSA’s method to assess operators’ levels of risk roadworthiness – which is displayed in a traffic light format – and covers elements such as vehicle condition and drivers’ hours.

To learn more about TruTac products and how they can improve compliance and save time, contact TruTac on 024 7669 0000 or email sales@trutac.co.uk.