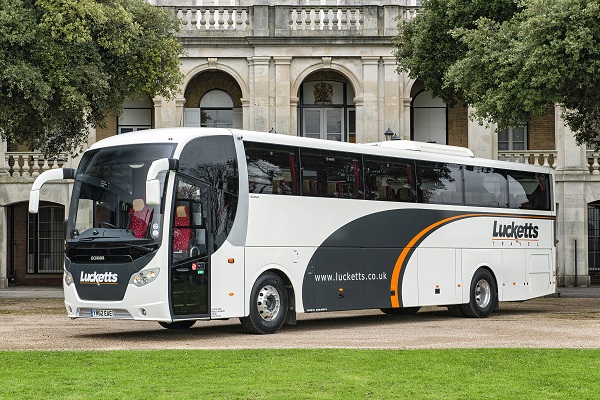 South Coast-based operator Luckett’s Travel is a member of both the Guild of British Coach Operators and the Confederation of Passenger Transport and one of the first companies to be accredited with the elite CoachMarque status. Consequently, it takes safe operation and compliance very seriously indeed, which is why the company has chosen to use TruTac software to manage its drivers’ hours.

“We’re been using TruControl PSV since around 2010 having found issues with other systems in the way they were interpreting the EC Drivers’ Hours rules for coach drivers” Director Ian Luckett tells us. These included specific provisions applying to those drivers working on tours overseas which most analysis software fails to recognise, instead flagging up erroneous infringements. “We work with a Compliance Solicitor who recommended TruTac as the better system on the market because it gives truer results on first sift through” Ian continues.

At the time Lucketts’ fleet were all using analogue tachographs, so another bonus was that TruTac is one of the few analysis providers who can process digital scans of the centrefield data on paper charts rather than needing it to be manually entered. “For us that was a massive time saving” Ian says. “As with most people, all but one of our 109 vehicles are now digital, but because the TruControl system can integrate both, the one remaining bus is only a very minor headache!”

TruTac is proud of its use of the latest technology to stay ahead of legislative updates, as well as being open to suggestions from customers. “The software has developed over the years we’ve been working with it and we’ve both suggested various things which are now included and been the beneficiaries of changes others have asked for” Ian explains. “Another benefit is that it’s a cloud-based system so there’s no downtime for updates, plus you can see it wherever you are so long as you’ve got one of the usual browsers.”

Perhaps the most important consideration for many is ease of use. “On the whole the people we’ve got using TruControl find it very good. They had an initial training course, provided by TruTac, which helped them to understand how to access and find specific types of data. Since then our Op’s Team deal with the TruTac Support Team and if they get any issues they get them sorted very quickly” Adds Ian.  “We’ve got a very good relationship with them. All in all, it’s a good bit of software that’s keeping up with the times.”