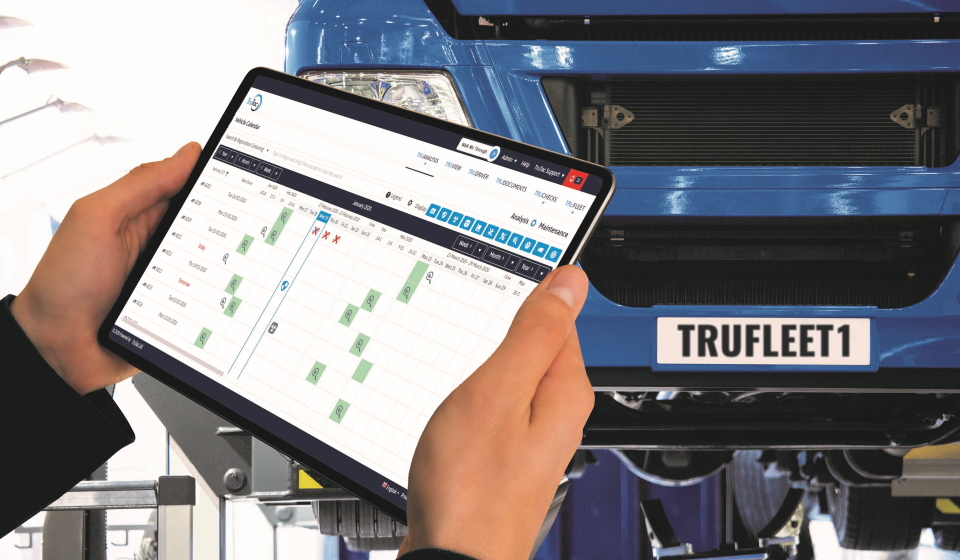 TruTac, part of the Microlise Group, is backing a push by transport authorities to highlight drivers’ and companies’ responsibilities around commercial vehicle load security this month.

National Highways, the DVSA and the Office of Traffic Commissioners are aiming to raise awareness about load security throughout October, alongside a campaign by multiple police forces targeting commercial vehicles and their cargo.

Transport software and compliance specialist TruTac is adding its voice to this important safety initiative. The company believes that, in most cases, properly trained professional drivers can easily ensure that their vehicles’ loads, among other elements, are fully secure by performing straightforward checks before they begin a day’s work.

The TruChecks app allows drivers to conduct daily walk around vehicle inspections on their smartphones and immediately identify and report any issues. It covers all areas that the DVSA requires drivers to address, along with type-specific and configurable checklists for different vehicle models and trailers.

By using TruChecks, drivers can easily flag up inadequately secured loads or defective tyres and generate an instant audit trail with time stamps; they are also able to photograph any issues and send pictures to their office or depot. Instantaneous communication means transport managers are immediately made aware of problems and can therefore minimise vehicle downtime.

TruTac’s Director of Commercial Operations and Marketing, Jemma James, is confident about the part the app can play: “Despite the majority of transport operators following strict safety and compliance procedures, there are still far too many incidents, which could easily have been prevented by applying some simple checks and procedures during driver walk around inspections.

“TruChecks not only helps drivers to improve safety, but it is also a useful tool to keep on top of minor defects and helps to reduce downtime and maintain compliance.”

According to National Highways, there were 8,675 obstructions between January and August on the Midlands road network alone, many of which were due to unsecured loads and defective tyres. It pointed out that a number of people were killed by a load or partial load being shed from a moving vehicle last year. Though less severe, such incidents also create serious congestion, which has a direct logistical and cost impact on transport companies.

As part of its drive to raise awareness, the authority is reminding both drivers and transport companies of their legal obligations to ensure cargo is thoroughly secure in accordance with The Road Traffic Act 1988, The Road Vehicles (Construction and Use) Regulations 1986 and, for operators, The Health and Safety at Work Act 1974.

Operators can find out more about the requirements for load security on the government’s vehicle operator guidance page. Free load security guidance is also available from the DVSA, while the HSE offers free workplace transport guidance and resources to help operators assess risks.

To learn more about TruTac products and how they can improve compliance and save time, contact TruTac on 024 7669 0000 or email sales@trutac.co.uk.