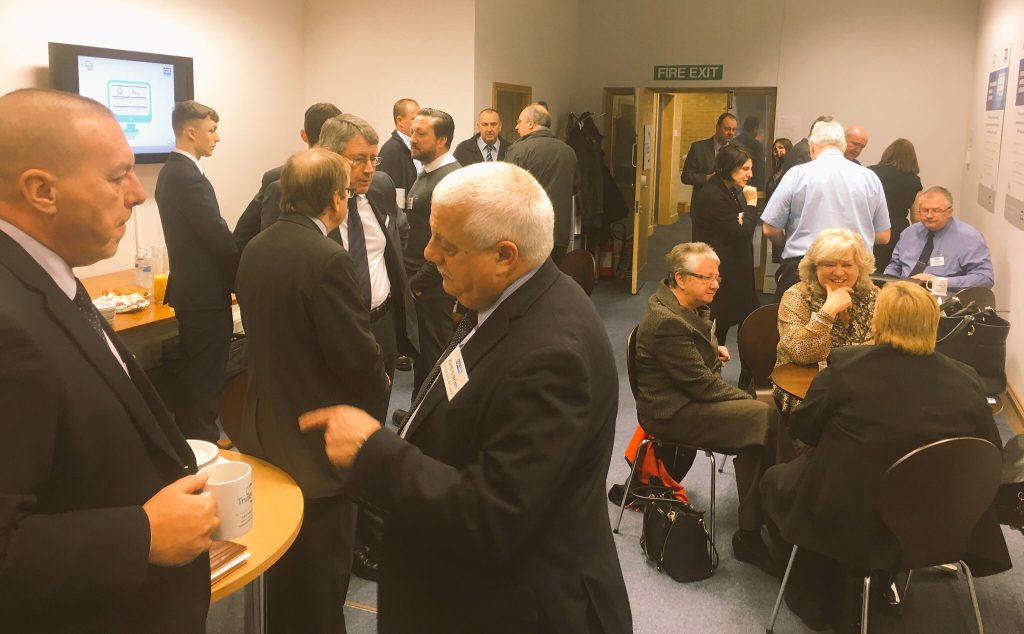 Tachograph compliance and the proposed Birmingham Clean Air Zone (CAZ) were key discussion points during a recent meeting of the Confederation of Passenger Transport. The event was held on January 19th at the Coventry headquarters of transport software and compliance specialists TruTac.

As CPT’s tachograph analysis partner, TruTac were keen to host the organisation’s first West Midlands Regional meeting of the year and to provide a forum for several topical presentations. These included an update from TruTac’s Head of Sales, Lee Oliver, on the current regulations and operator issues surrounding tachograph compliance and the many benefits of CPT Tacho Analysis.

Other presentations included an explanation of the new Bus Services bill from CPT Director of Communications, Pauline Gaunt OBE and an insight into the Clean Air Zone policy of Birmingham City Council, presented by Green Fleet Change Manager, Transportation and Connectivity, Sylvia Broadley.

The event was attended by over 30 people and was organised by the CPT’s new Regional Manager for East & West Midlands, David Warrilow.

“TruTac’s collaboration with the CPT began in 2015 and has gone from strength to strength. The CPT Tacho Analysis product offers dedicated PSV tachograph analysis at exclusive discounted prices for CPT members.”

Jemma added, “We are proud to be hosting the first West Midlands regional event of 2017 and under David’s new role, look forward to working with the CPT and its members in the future.”